Coursing is the forerunner of the Greyhound racing, and one can imagine that when a group of men got together to hunt with their greyhounds in Medieval times betting would ensue upon which dog would be the quickest. The only thing missing would be a way to involve the masses in order to make the kind of money the tournament’s made during the time period.

Prior to the 11th century in Britain, greyhound coursing was practice by the wealthy and commoner alike till King Canute enacted the Forest Laws which made hunting forbidden to all but members of the aristocracy and clergy. Consequentially, these laws put into reserve large areas of the country for hunting by the nobility. 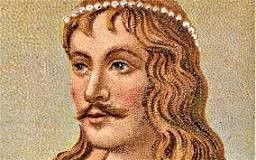 “Peasants may not own Greyhounds only the nobility. Court officers will be sent out to the villages to ensure the laws are adhered to and will sever the tendons of peasant’s dogs if they live less than 10 miles from the forest. Anyone found hunting with their dog inside the forest will be fined and their dog confiscated.” 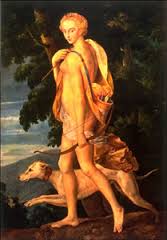 Peasants found a work around from these laws, and bred dogs whose coloring made them blend into the forest making them harder to see: red, black, fawn, and striping or a ticking of all three colors.  Aristocracy, in contrast, wanted to see their dogs in the forest in order to find them easier favored white and spotted dogs.  It became common knowledge that a gentleman could be identified by his horses and his greyhounds.

The value of a greyhound was such that to cause the death of one was not unlike that of murder with the punishment being the same. In the tenth century, King Howel of Wales made killing a Greyhound punishable by death.

During the Black Death, many dogs were killed as they would scavenge the bodies of plague victims so people believed they were responsible for spreading the disease. Along with cats, dogs were killed by the thousands which had the effect of fewer natural enemies of the rats, who carried the plague fleas, so the germs spread more rapidly.  Greyhounds may well have died out except for the fact that the monks who were breeding them for the aristocracy continued to protect and breed them during the plague. 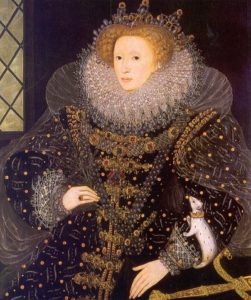 During the Renaissance, a sports minded Queen Elizabeth 1 of England (1533- 1603) had Thomas, Duke of Norfolk write down rules for Judging competitive coursing between 2 greyhounds. These rules described how much of a head start the Hare would get, and how the hounds would be compared as to their concentration, speed and agility.  The Hare often escaped so the outcome did not depend upon the capture though when it was caught a high score was given. Wagers were often made upon the winning dog so the dogs importance grew.  These rules were still in effect when the first official coursing club was founded in 1776 at Swaffham, Norfolk England.